Utilizing his previous land acquisitions and tent city crews of Italian and local laborers, the railroad opened in 1892 from Utica to Malone with a connecting line at Lake Clear Junction to Saranac Lake and Lake Placid. Within one year, it became the Adirondack Division of the NY Central Railroad System and prospered under steam locomotives until 1952, and with diesels until 1965.

Part of Lake Clear’s “Junction” history includes hotel magnate Paul Smith’s decision in 1905, at age 81, to update his horse drawn stagecoach connections at area train depots by building his own Electric Railway to cover the 6 1/2 miles from Lake Clear Junction to his mammoth hotel. This special spur, electrified by Paul Smith’s own utility power grid, served into the 1930’s and centralized all his incoming hotel guest transfers.

An integral part of this dramatic role played by Lake Clear was one of the original 1891 buildings, located directly across from the original train station, that building becoming the famous “Charlie’s Inn”. It served as a hotel since day one for multiple owners under assorted names and became Charlie’s Inn about 50 years ago. Current Inn keepers, John & Jill Brockway, continue to maintain the building and Adirondack ambiance enjoyed in the past by the “Great Camp” owners and Inn clientele.

Today’s lodging facilities include seven on-site rooms, a three room apartment, an adjacent cabin sleeping ten, and a 24 site full service campground, all served by the famous Restaurant and Lounge. From individual dinners or lite fare to catered functions for 150 people, Charlie’s is large enough to serve you, and small enough to appreciate you.

Charlie’s Inn, situated on the crossroads of multiple groomed snowmobile trails, as well as 24 x 7 gasoline availability, serves as the “mecca” for winter snowmobile enthusiasts throughout the northeast. 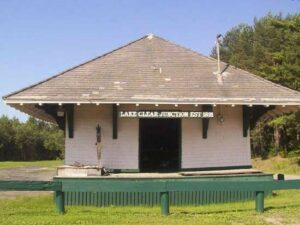 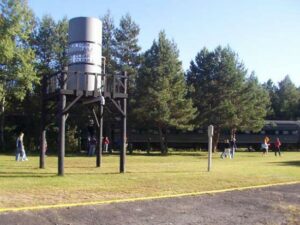 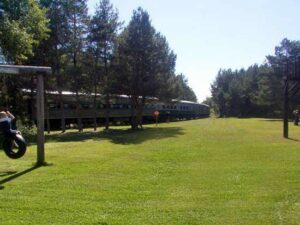 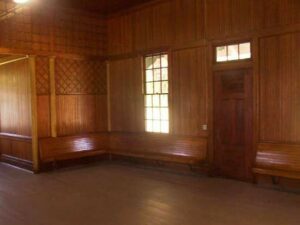